The following new powers have been added to Gadgeteering to make way for this powerful new AT.

Boomerang Toss - A new boomerang based energy builder
Ricochet Throw - Throw a boomerang in a precise arc that bounces from foe to foe, dealing heavy damage.
Throwing Blades - Throw a flurry of boomerangs in a cone in front of you, dealing damage to all affected foes.
Grapple Gun Pull - Grab hold of your target with your trusty grappling gun, yanking him towards you.
Gas Pellets - Throw 4 pellets that damage and snare all targets inside their choking clouds.
Bolas - Take careful aim with your bolas and wrap a target in the powerful twine, dealing heavy crushing damage.
Strafing Run - Mark a location on the ground, where a jet will rain a flurry of bullets down, striking all targets.


The following new powers have been added to Martial Arts to make way for this powerful new AT.

Smoke Bomb Lunge - Disappear into a cloud of smoke and reappear near your foe, dealing damage and snaring them.
Night Warrior - This power now replaces sneak. This
passive grants bonus damage, charge speed, Dodge and avoidance and
causes you to ignore some of your foe's resistance. This power also
grants "Sneak" and "Shadow Strike".
Sneak - This toggle now remains on permanently. Taking
certain actions cause you to decloak. Some of the new powers have
special bonuses while sneaking.
Strike - This power deals extremely heavy damage when
used from sneak. This power has a very long cooldown. This power does
not benefit from damage strength bonuses.

As a part of making this archetype, we felt the need to adjust how
sneak works. We weren’t really happy with the niche sneak filled before
because we didn't ever feel like it was worth using. Now it provides
much better bonuses and is much more user friendly. With it being a
persistent toggle that automatically recloaks you it should feel much
more fluid and dynamic and let you weigh getting that big spike of
damage off or dealing damage consistently during a fight. This power
should now fit a much broader set of concepts and playstyles now, and
should in general just feel much better to play as. 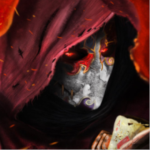